I’ve had some time off from thinking, on account of the day job, but a recent minor event applied the jump leads to jolt me back into life, namely, Faith in the Age of Science got a rather good review, ( http://www.jesus4u.co.uk/reviews/faith-science-atheism-religion ) Even though my Christian humility is impressive, I couldn’t help feeling that perhaps my writing career was not over.

However, it’s a couple of years now since I finished writing the book, and it’s a trifle depressing how little the whole faith and science scene has moved on. Did all the sound and fury signify nothing? After all, the atheists are still atheists, the fundamentalists are still fundamentalists, and the middle-of-the-roaders are still trying to dodge the traffic from both directions.

I venture to suggest a reason for this apparent stasis. You have probably heard of Pascal’s wager. If not, it’s fairly straightforward. Pascal claims that even though we cannot be sure, we should endeavour to believe in God, worship him and live godly lives. Why? Because if  there is a God we will gain an infinite eternal benefit. If there  is not a God, then we will not have not lost very much – perhaps just some passing pleasure here or there. To put it another way, as a hypothetical (I think) Christian is supposed to have said to an atheist, “If you’re right we both just end up dead; if I’m right you’re really stuffed.”

The logic of the wager seems pretty sound – so why does it not carry more weight today among atheists? Even Richard Dawkins claims only that there almost certainly is no God. Well, I can be almost certain that my house will not be struck by lightning, but that doesn’t stop me having insurance just in case. I strongly suspect that atheists who take Dawkins’ line also have similar policies with reputable insurance companies. Since one’s potential destiny is unarguably more valuable than a potential property value  (even in a period of house price inflation) why should the wager be thought irrelevant?

There can only be, as far as I can see, one reason for this attitude among atheists. If they believe there is a chance (however small) that there is a God, yet make no provision for that possibility, they must be working on the assumption that they will not face any real difficulties should they meet up with that God in some dimension beyond those in which we currently exist.

I fully confess to a lack of humility if I should get a good review on occasion, or even a half-favourable comment; but that does seem like small beer compared to that supposed knowledge of everything that feels able to lay down the parameters for what God could be like. It seems akin to defining the universe to fit with my own requirements.

Since most atheists I know seem to be decent people, I shall not speculate further on motivation. I shall, however, when engaging in discussion, be sure to ask them about the scope of their home insurance policies.

4 thoughts on “‘Faith in the Age of Science’ Revisited” 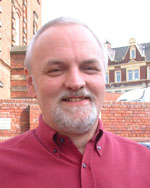 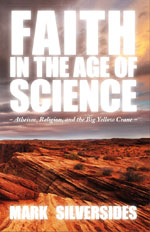